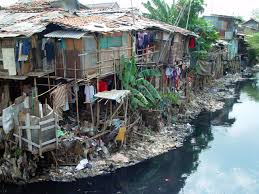 Overcome government failure. By “government failure,” I don’t mean that governments are evil or even that they are incompetent or ill-intentioned. Analogous to “market failure,” government failure refers to a situation where the particular incentives in government lead to a situation that is worse than what was intended with the intervention.
For instance, governments finance and provide primary education so that poor children can have access to learning. But if teachers are paid regardless of whether they show up for work, and politicians rely on teachers to run their political campaigns, the result is absentee teachers and poor children who don’t know how to read or write—precisely the opposite of what was intended. We see similar government failures in health care, water supply, sanitation, electricity, transport, labor markets and trade policy. 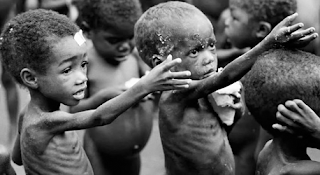 Why do I say the problem is government failure, and not, say, lack of education or health or infrastructure? We have known for some time that education, health and infrastructure are important for escaping poverty. The question is: why has there not been more education and health and infrastructure for poor people? The answer is not simply a lack of money. The problem is that much of the money spent on these sectors is captured by powerful elites before it reaches the poor. In Chad, this is literally the case: only one percent of the nonwage public spending on health actually reaches the clinics. In other cases, it’s more nuanced, such as the teacher (and doctor) absenteeism mentioned above, or when trucking monopolies keep transport prices so high that African exports are uncompetitive in world markets. In short, while education, health and infrastructure—among other things—are important, to get spending on these sectors to benefit the poor, we need to overcome government failure.
Overcoming government failure is difficult. These failures are the result of the interests of some powerful groups in society—including government officials and politicians—who will resist attempts at reform. What can be done? Pouring money into a leaky bucket will not solve the problem. And asking governments to reform—even if the request comes with the implicit threat of a cutoff in funds (sometimes referred to as “conditionality”)—is unlikely to work if the government itself is captured by the special interests. Perhaps the most productive action is to reach the people who are losing out—the poor—and empower them with information—about teacher and doctor absence rates, the incidence of energy and water subsidies, the costs of labor regulations and protective import tariffs—so that they can bring pressure to bear on politicians. Politicians can ignore technical advisers and external actors, but they can’t afford to ignore the citizens of their country.
To be sure, empowering poor people with information is not easy. First, many work 15-hour days just to make ends meet. Expecting them to attend village meetings or read the newspaper or listen to the radio is not straightforward. 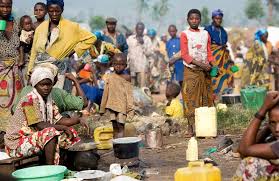 Secondly, information by itself may not be enough to empower poor people. They need mechanisms to hold politicians accountable. And third, governments may not welcome these efforts at making evidence available to the public; some will consider it incendiary, and attempt to block it.
But if we agree that overcoming government failures is key to ending poverty in Africa, we need to promote poor people’s access to information. Today’s technology helps. The fact that one in two Africans has access to a cellphone has made it easier to reach them—and for them to reach politicians. In a sense, then, Jim’s social media campaign—and other open knowledge initiatives—are more than just ways of eliciting ideas about ending poverty: they are potential instruments to end poverty.
‪#‎ENDPOVERTYINAFRICA‬
Sheriff Gbadamosi
SDGsACT Lagos Coordinator
By SDGsACT Campaign|2016-01-20T15:44:00+00:00January 20th, 2016|articles|