Case Study 1:
Rwandese refugees in Tanzania and the Democratic Republic of Congo (DRC) The influx of Rwandese refugees in Tanzania and the eastern Democratic Republic of Congo (DRC) in the mid-1990s led to an ecological disaster with huge impacts on forest and water resources, biodiversity and protected areas. In north-western Tanzania, six months after the arrival of half a million refugees, tree resources within 5 km of the camps had been cut down. One year after their arrival, the average distance for getting fuel was 10 km or more. Pastureland in the vicinity of the camps was seriously overgrazed by the thousands of cattle, sheep and goats that came along with the refugees. Another area of environmental degradation was water shortage and pollution of water resources (soil and groundwater). In some places the vegetation was completely cleared for refugee settlements (HPN 1995). Various programmes have been set up in response to the environmental damage caused by the refugee camps, led by organisations including the German Cooperation Agency (GIZ), the International Federation of the Red Cross (IFRC), the United Nations High Commissioner for Refugees (UNHCR), World Wildlife Fund (WWF) and the African Conservation Fund. An emergency environmental programme was started by GIZ focusing on Kahindo Camp in the DRC, which bordered the Virunga National Park. IFRC later expanded the initiative to include Kibumba Camp. GIZ also provided a local NGO with technical and financial support for environmental measures in Lac Vert Camp. Together these camps housed 365,000 refugees. The focus was on energy efficient systems, fuel-saving technologies and cooking techniques. An extensive environmental awareness programme reached more than 70% of the refugees. The GIZ experience highlighted that the promotion of better cooking techniques for fuel efficiency was found to be highly valuable.

Case Study 2:
Displaced people in Darfur, Sudan In Darfur, where two million displaced people have been living in camps since 2003, there has been severe deforestation around the larger camps. According to a report by the United Nations Environment Programme (UNEP 2007), people living in IDP camps in Darfur are forced to find timber and fuel wood in the surrounding areas, as fuel is not provided for by any humanitarian organisation. Also, wood is collected for fuelling brick kilns, as a means to generate income. Manufacturing bricks by burning wood can require up to 200 trees per day in some camps in Darfur. Nonetheless, such practices are sometimes encouraged by development organisations (International Alert 2007). Between 2003 and 2005, international agencies were the main consumers of construction timber as they set up infrastructure for IDP camps. It is estimated that 1.5 million kilograms of firewood is needed on a daily basis to provide the 2 million people with fuel (Gadgil & Amrose 2006). Firewood collection is practically uncontrolled. This has led to situations where camp residents have to travel up to 15km to find wood, in some cases even up to 75km (e.g. in Kalma Camp) (UNEP 2007; UNEP 2008). It is reported that, due to this lack of accessible firewood, the food security of a significant number of IDP families has been threatened. In the recent past, firewood patrols have been organised to protect women and girls during firewood collection, but these have been abolished due to lack of security for patrollers and lack of wood still remaining to be collected (Pers. comm. E. Patrick, Women’s Refugee Commission, 2009). The vibrant relief economy is fuelling a large market for bricks and charcoal, with a dramatic impact on future livelihood options. This is often the only means of earning some income for displaced people and host communities (Tearfund 2007). The need for coordination of fuel-related initiatives is more acute in Darfur than in nearly any other displacement situation. This is caused by the aridity of the environment combined with the serious protection concerns associated with collection of firewood. This has lead to a wide variety of actors becoming engaged in fuel-related programming with different motivations and with varying results. A report by Tearfund (2007) concludes that in Darfur, environment is not adequately integrated in the relief programme and suffers from a lack of technically skilled personnel. More and more relief agencies have begun focusing on fuel without taking into account what other agencies are doing and without considering
the multi-sectoral implications of their work (WRC 2006a). This has led to situations in which some
projects implemented to reduce protection concerns are unwittingly contributing to environmental
degradation (Pers. comm. E. Patrick, WRC, 2009). Many of the agencies do not have prior experience
with fuel-related projects and therefore may not always be implementing in the most effective way.
They may also not know how to effectively monitor the impact or evaluate the outcomes of fuel-related projects

www.hedon.info/tiki-download_item_attachment.php?attId=383
Why am I sharing this cases with you, well, we are having such cases here in Nigeria without more attention given to Safe Energy and Fuel. We are coming out soon with a massive campaign for inclusion of SAFE ENERGY and FUEL as  CLUSTER. 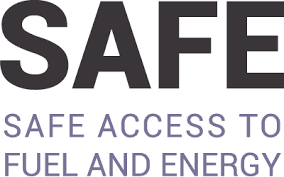